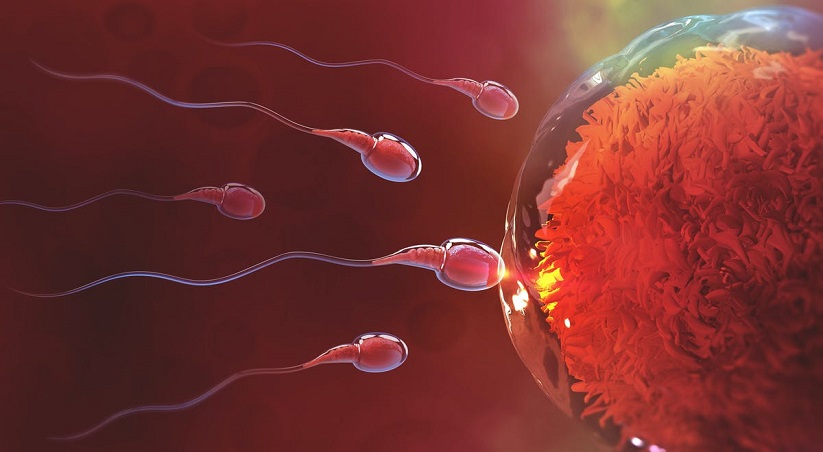 What is sperm count

semen is a greyish white colored thick fluid made up of sperm and other secretions from the accessory glands. Sperms are produced in the testis and are stored in small tubules called the epididymis, where they achieve motility. From there, they are carried to the penis by a small tube. While they are carried, various glands such as the prostate and seminal vesicle pour their secretions into it.
The sperms as such constitute only 3% to 5% of the total volume of semen. About 60% of the semen volume comes from seminal vesicles which mainly contain fructose which gives energy to sperms. About 30% of the content is added from the prostate gland which contains various enzymes with protecting sperm and allow it to swim.
Characteristics of normal semen

What causes a decrease in sperm count

Sperm count is the quintessential thing for fertility. In one astonishing study, there was a staggering 50% dip in sperm count from 1973 till 2011. But the more disturbing fact was that it still continues to decrease and the trend is ongoing. There are so many factors that can decrease sperm count, but let’s see some important causes.

Folic acid is essential for normal DNA synthesis and various cell functions. It is also important for normal brain development in the fetus.

Varicocele is a condition in which the veins around the testes are enlarged and which causes abnormality in maintaining the temperature in testes and sperm production. Varicocele can be diagnosed on ultrasound examination. Few patients with varicocele get benefits from surgery but not all.

Alcohol consumption by pregnant women can cause serious harm to the baby is a well-known fact. But alcohol consumption by the male can also affect sperm count and fertility. It has been shown that more than 14 drinks per week or more than four drinks in one sitting affects sperm quality, as well as motility. It decreases the testosterone level in the blood which is a male hormone and is essential for libido and sperm production. It also increases estrogen levels which is a female hormone there by interfering with the normal testicular function.

Human sperms contain small charged molecules called protamines. These are essential to fight any toxic stress to sperms. Regular smokers have abnormalities in their function and hence resultant sperms are less likely to withstand chemical stress. The sperms have morphological abnormalities as well as motility issues.

Illicit drugs such as cocaine and heroin affect not only the sperm count but also the libido and normal sexual function on long term use.

Various environmental pollutants, gases, chemicals, pesticides have shown an effect on sperm production. Few of the chemicals have also been shown to cause birth defects in the baby. Radiation exposure such as X rays affects the cells from which sperm are produced.

Around 15% of the patients with poor semen count suffer from some genetic diseases such as Kleinfelter’s syndrome or abnormal Y chromosome. Most commonly it is seen as a total absence of sperm, although few patients will have low or very low sperm count. Unfortunately, nothing much can be done about a person with a genetic disease.

In a significant study, it was found that mobile use either for online surfing or keeping the mobile phone in trouser pockets can significantly affect sperm motility. The effect was directly proportional to the time spent online and sending and receiving messages.

Any psychological stress can have a profound effect on the hormones required for sperm production. Prolonged and significant stress will affect the sperm count. Studies have shown that depression and similar psychological illnesses have a significant effect on fertility.

Infection of the testis with sexually transmitted diseases such as chlamydia and ureaplasma can affect the tubes where sperm are produced. They can also block the tubes which transport sperm from the testes to outside.

How to increase sperm count without medicines

1. Stop smoking
Smoking is not only dangerous for overall health but specifically affect sperm morphology and count. It contains various toxins such as tar, oxidizing agents that makes the sperm abnormal. Stopping smoking has shown significant improvement in semen after 3 to 6 months.

2. Stop alcohol and drugs
You have to stop moderate to heavy alcohol consumption for good fertility. Alcohol and drugs like marijuana cause temporary elation in the mood but its prolonged use is a sure shot recipe for fertility problems.

3. Stress-free life
Meditation and pranayama (Breathing exercise) are great ways to reduce stress. Stress is produced when your mind is not at rest and is in a chaotic condition. If you are able to bring your awareness to one point, the mental clutter stops automatically. To help concentrate more, breathing exercise also helps as there is a strong connection between your thoughts and breathing.

5. Exercise regularly
The exercise which has the most benefits for sperm count is aerobic exercise. At Least 45 minutes of aerobic exercise in the form of jogging, skipping, dancing, swimming can positively affect semen parameters in 16 weeks program. Exercise also reduces obesity and improves sexual performance.

6. Vitamine C and E
Vitamine C and E are naturally occurring antioxidants. Oxidation is a process due to which body cells are damaged because of various oxidative stress. Antioxidants are molecules that neutralize this oxidative stress. Various foods containing this vitamin are
● Citrus fruits such as orange, kiwi, guava, grapefruit
● Vegetables such as broccoli, cauliflower, capsicum, Brussel sprouts
● Plant-based oils such as sunflower, soybean, and corn oils are rich in Vitamin C

7. Tribulus Terrestris
● Tribulus has been used as a traditional fertility herb for years, in both Traditional Chinese Medicine (TCM) and Ayurveda. This plant has a positive effect on the fertility potential of oligozoospermia patients.
● It also helps to improve reproductive parameters and sperm quality, sexual activity, spermatogenesis, and erection.
● Increase in sex hormone production in both men and women.
● Improvement in sexual desire in both men and women.

8. Nuts
Nuts are a rich source of various phytochemicals required for sperm synthesis. Above all it is a dense food containing various minerals such as zinc, selenium. Studies have found significant improvement in sperm count.

9. Fenugreek supplements
Fenugreek seeds are well-known herb seeds used by people in different countries as spices. It has been shown to increase serum testosterone levels which in turn brings about good changes in all semen parameters. Generally 600mg of fenugreek extract given daily for 2 to 3 months to get enhancement in sperm count.

10. Zinc
Zinc is a part of various enzymes required for sperm production. Male with higher levels of zinc in their blood has shown to be having a better sperm count and motility. Zinc is present in
● Red meat and poultry
● Oyster
● Nuts and beans
● Whole wheat grain products
● Shellfish such as crab

11. Ashwagandha
Ashwagandha is an ayurvedic Indian medicinal herb given as aphrodisiac. It maintains various hormones required for sperm production. In quite a few studies, it has been shown to increase sperm concentration and motility. 600 mg if ashwagandha extract taken daily in three divided doses can improve sperm parameters in 90 days.

12. Folic acid and vitamin B 12
Folic acid is mainly required for DNA synthesis and its function. Vitamin B 12 mainly reduces the oxidative damage to the sperm along with reducing inflammation and increasing the functionality of reproductive organs.
Foods containing folic acid are
● Asparagus contains concentrated amounts of many vitamins and minerals including folic acid.
● Green leafy vegetables such as spinach
● Beats
● Citrous fruits
● Broccoli
● Vitamin B 12 is mainly found in animal products such as poultry and meat.
● Vegetarians can have it in fortified cereals in their diet

13. Vitamin D
Vitamin D is another vitamin that can boost your testosterone levels. Many studies have shown that vitamin D deficiency can cause altered semen parameters. Taking 3000 IU of the vitamin daily for 6 months will improve testosterone levels significantly.

14. L arginine
An amino acid, L-arginine appears to play several different roles in male fertility. Inside the body, it transforms into nitric oxide, which promotes sperm function. It is present in
● Nuts and seeds.
● Meat products.
● Legumes.
● Seaweed.