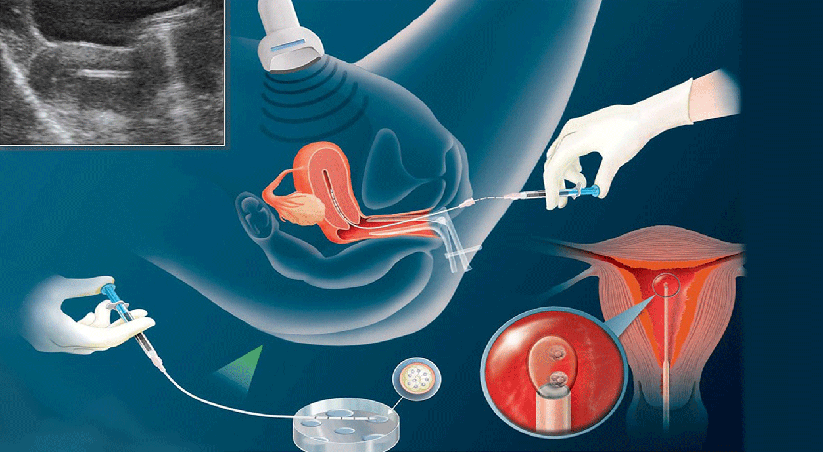 What is IUI treatment, what is the IUI success rate, what are its benefits, and what is the cost of IUI treatment? These are the questions faced by many infertile couples. If you are trying for pregnancy for quite some time now, you are following a fertile period and making physical contact on fertile days, probably doing everything right, but still, pregnancy is not happening.

What to do next.

This is the question faced by millions of patients who put them in a state of dilemma and frustration. Before going for IUI treatment, everyone should read this article which

will explain IUI treatment step by step to make an informed decision.

IUI is a relatively simple to form of fertility treatment and is significantly less stressful and costly than IVF treatment. Normally after intercourse, the sperm are deposited in the vagina. Vagina retains the amount of semen according to its capacity and throws out the rest of the semen. The semen gets stored deep in the vagina near the mouth of the uterus called the cervix.

But hey, what if the cervix, which s the mouth of the uterus is hostile for the sperm and sperm are dying there only? What if the number of sperm is not adequate? What if sperms are not reaching the egg?.

The solution for the above-mentioned problems along with a few more is IUI treatment.

Not all patients are suitable for IUI. So which are the patients who are likely to get benefitted by IUI

After the initial assessment for feasibility for IUI, some investigations for both partners are done. The female partner is subjected to sonographic evaluation for the status of uterus, ovaries and any pelvic pathology. This is followed by doing blood tests to see the hormonal status; presence of any infection and other parameters is done.

The male partner undergoes blood tests for any infections and semen analysis for the study of semen.

Normally each woman produces one or at the most two eggs per cycle. But few females do not produce eggs at the optimum frequency. Ovulation induction is a process in which medications are given to produce eggs and let them grow. It has been shown in various studies that when ovulation induction is done, chances of pregnancy are more as compared to the natural cycle. Commonly used drugs are Letrozole or Clomiphene citrate. The dose of the drugs is calibrated according to patients’ responses.

Few patients do not respond to stimulation by these medicines. In those patients, gonadotropin injections are given for egg formation.

Generally, three to six sonographies are required to track the development per cycle.

Once follicles are of the adequate size of 18 to 20 mm in diameter, what is important is to make them release the egg from the ovary so that it can be fertilized with the sperm. The timing of IUI is very important as the sperms can remain live in the uterus for a span of 24 to 48 hrs only. So we plan the egg release by giving an injection of HCG. After the injection, the egg is released generally within 36 to 44 hrs and we plan the IUI around that time.

On the day of IUI, we call both the partners to the clinic. The male partner is asked to produce semen sample in the semen collection room. The sample is sent to the andrologist for further processing.

The aim of semen wash or semen processing is to filter out only live and motile sperms that can fertilize the egg and remove all dead sperms and unnecessary material from semen. This improves the efficacy of the treatment. Semen processing is done by different methods depending on the quality of semen.

Once the semen sample is ready, which generally takes one to two hours for processing, its time to insert the sample in the uterus. Patient is given the position to visualize the cervix (mouth of uterus), and semen sample is inserted into the uterus with the help of a small tube called a catheter. This procedure is very important and requires some expertise to get it correct without causing trauma.

IUI procedure is generally not very painful but it can cause mild discomfort. After the semen sample is inserted in the uterus, the lady is asked to take rest in the same position for some time and sent back home thereafter. Once IUI is done, there is no restriction on the female regarding daily work or sexual activity. Few medicines to support the implantation are given. Pregnancy is confirmed by a urine pregnancy test at home two weeks after the procedure.

All in all, IUI is a treatment with a reasonable success rate as compared to natural cycle. The cost of the treatment is much less as compared to IVF. It can work in various categories of patients such as semen problems, unexplained infertility, mild endometriosis, ovulation problems, etc.

IUI is putting the processed semen sample which is more concentrated and contains mostly motile sperms. The sample is inserted into the uterus much closer to the fallopian tubes where the egg is present. The distance the sperms has to travel is much less as compared to the natural process. Hence IUI is more effective than natural cycle.

What are risks in IUI?

What is the success rate of IUI?

The natural cycle pregnancy rate is around 8% that is only eight women will conceive naturally if hundred couple are trying in one cycle. Success rate of IUI is from 12 to 20% depending on various patient factors such as age, duration of infertility, ovarian reserve, semen quality etc.

How to increase the success rate of IUI?

IUI is more successful in younger couples. So if pregnancy is not happening naturally for say one or two years, this is time to start some treatment. IUI should be done at a place where all the facilities such as semen collection, semen processing, follicular monitoring, and insertion of semen are present under one roof as semen sample may be damaged while in transit. IUI treatment should be taken from experts such a fertility specialist or IVF consultants so as to get optimum results. Generally results of IUI after use of gonadotropin injections are better than not using it.

Are injections required in IUI?

There are generally two types of injections used in IUI. Gonadotropin injections are used to induce egg formation and improve egg quality. These injections are must if the egg is not developing but can be avoided if proper egg formation is there. Your doctor is in a better position to decide whether to use it or not. Second is HCG injection, which is most commonly used in all IUI cycles. It improves the success rate.

The monitoring process in IUI is not painful. The actual process of IUI can cause a little discomfort for few minutes. But by and large in expert hands, the pain is minimal.

What is cost of IUI?

The cost of IUI at Orion IVF is around 5 to 7 thousand rupees. The cost may vary a little bit depending on the type of IUI. This cost does not include medicine, sonography, consultation etc.

What are the side effects of IUI?

There are no significant side effects of IUI barring ovarian hyper stimulation.

There is nothing unnatural about IUI. It is just putting a concentrated semen sample in uterus at a place that is higher than normal place where sperm are deposited. The rest of the process of getting a pregnancy is absolutely natural and normal.

What is difference between IUI and IVF?

IUI is intra uterine insemination. In this process, only sperm are washed and put in the uterine cavity. The rest of the process such as mating of sperm and eggs, the formation of the embryo, implantation of the embryo occurs naturally. It is a simple form of treatment and no operative procedure or prolonged injections are given. It is also less costly as compared to IVF

Can IUI be done if tubes are blocked?

If one tube is blocked, ovulation and fertilization can still occur from another tube if the egg develops on that side ovary. So IUI can be done after follicular monitoring and confirming ovulation from the patent side of the tube. But if both tubes are blocked, then IUI is not going to result in pregnancy. These patients require a different kind of approach to pregnancy. But if one tube is blocked, attempts should be made to find out the cause of the blockage, as similar conditions may be present in another tube without actually blocking the tubes. This is because many of the tubal infections are bilateral.

What is the age limit for IUI?

There is no age limit for IUI treatment, provided the female partner is ovulating and is in the reproductive age group. But the chances of conception keep on going down with each increasing year of the female.

How many visits are required for IUI?

For a single IUI cycle, generally female has to come to the clinic for 3 to 4 times for follicular monitoring. This is followed by a visit for the actual IUI procedure. The male partner is required only on the day of IUI to give a semen sample.