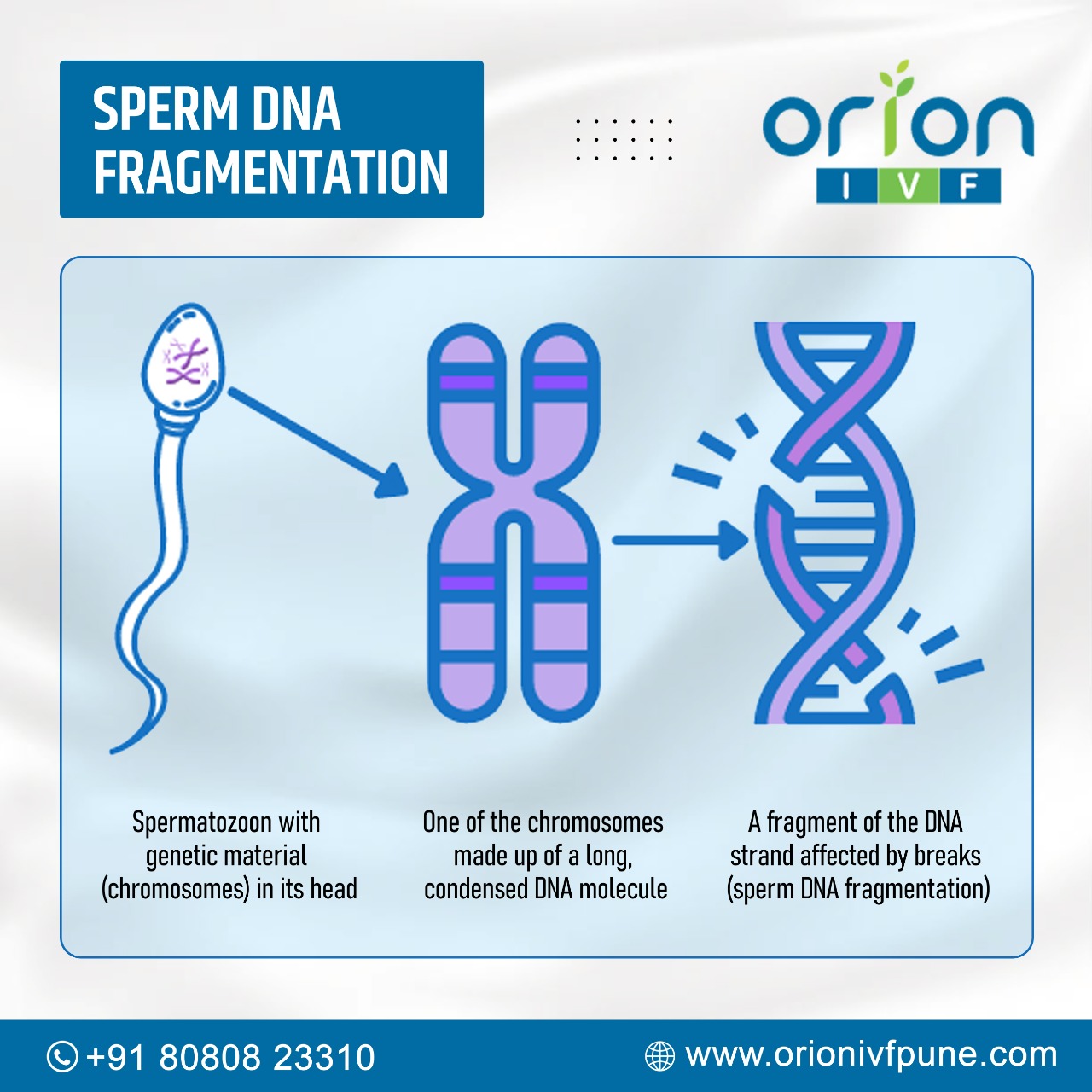 Lot of patients come to me and say that doctor all my reports are normal but why I am still not
able to conceive? We may feel that we know a lot about fertility but we know very little about
how our body works as of now. As far as male infertility testing is concerned, semen analysis is
the most common test that is done. But apart from semen analysis, various other advanced
tests are available for the evaluation of semen. It is estimated that approximately 10 to 15% of
infertile males have some alteration in sperm DNA. So it makes sense to study the sperm DNA
composition which can give us some hint about the actual problem.
The sperm DNA fragmentation test is an advanced test for semen study. But what is a sperm
DNA fragmentation test?
What is sperm DFI?
Sperm is divided into three parts. It has got a head, middle piece, and tail. The main function of
sperm is to carry the DNA material from the male to the female egg. All of the DNA material is
compressed in the head portion of the sperm with the help of certain proteins. This DNA
material must be protected and preserved to avoid any complications in the pregnancy.
This DNA material in the sperm head can get damaged because of certain factors. Now, what
are these factors?
Intrinsic factors
Certain factors that are present in the body such as oxidative stress, certain infections, and
cancers, defective germ cells can cause a damaging effect on the sperm.
Extrinsic factors
Those factors which are present outside the body also can harm the sperm DNA. Excessive
exposure to heat or radiation, smoking, alcohol, certain drugs, and environmental pollutants;
can have a deleterious effect on sperm DNA.
● High scrotal temperature;
This can happen because of wearing too tight underwear, fever or varicocele
● Infection in the semen
Infection caused by bacteria such as chlamydia can affect sperm quality
● Drugs and chemicals
Certain drugs, as well as environmental chemicals such as pesticides, can harm your
sperms
● Tobacco and alcohol
Tobacco and alcohol contains high levels of oxidative stress. Consumption of these
substances can seriously harm DNA.
● Advanced age
Sperm dna fragmentation increases dramatically with age, especially from age of 45
onwards
How does high sperm dna fragmentation affect fertility
● Reduction in fertilization rate
● Affects embryo quality
● Reduces implantation rate
● Increases miscarriage rate
What are the indications for doing sperm dna fragmentation test?
As we know that sperm DFI is a valuable test, let us understand who the candidates who
should undergo this test are.
● Repeated implantation failure
● Unexplained infertility
● Poor embryo quality
● Repeated pregnancy loss
● Advanced pattern knowledge
● Varicocele
● Smoking and alcohol
● Abnormal semen report
●
How is sperm DNA fragmentation test done
Two most common methods are sperm chromatin dispersion (SCD) and TUNNEL assay
Sperm chromatin dispersion (SCD) assay

0 to 15% are considered excellent values

Before we start the treatment we should understand that problems with germ cell maturation and karyotyping cannot be treated with medications. Those patients who are having high oxidative stress can be treated by antioxidants.

Smoking is the prime cause of high oxidative stress in the body, it is advisable to quit smoking for patients with high DFI.  It is prudent to have alcohol consumption only in recommended quantities at infrequent intervals.

These are medications which are used to reduce the oxidative stress in the body. Vitamin C, vitamin E, vitamin A, and coenzyme Q10 are some of the known antioxidants. It takes at least two to three months for these medications to act and produce effect.

When there is an obvious infection in the semen,  antibiotics can help restore normal sperm

Those patients having high-grade varicocele may undergo surgery to improve sperm DFI.

ICSI It takes about 90 days from the start of sperm production till it comes out during ejaculation. Normally sperm are stored in the testes till their maturation. But if there is a high oxidative stress, the sperms may get damaged during the storage time. If we can take out these sperms by testicular aspiration,  and use them for ICSI, we are likely to get better embryos.

Open chat
Hello,
Welcome To Orion IVF
How Can I Help You...